After leaks and U-turns, what is happening with government plans to address conversion therapy?

It has emerged that the government was planning on dropping all plans to introduce new legislation to ban conversion therapy, before a leak of the plan sparked a backlash which caused them to drop those plans. It is now unclear how the government intend to proceed.

ITV News reported that the Prime Minister had taken a decision not to press ahead with a legislative ban on conversion therapy for England and Wales, after a consultation process earlier this year. This was confirmed by a government spokesperson, but later the same evening came news that the government had had a further change of view and would now be banning conversion therapy relating to sexual orientation but not transgender identity. This update also noted that the Prime Minister wanted to ensure that there were not any unintended consequences.

The Evangelical Alliance has consistently called on the government to honour its two commitments on conversion therapy – to end coercive and abusive practices while ensuring people can receive the prayer and spiritual support they choose.

We consider that it is possible to tread this line and achieve both aims, but the proposals previously brought forward did not do this. There was no clarity as to which practices currently permitted in the law would be criminalised, and the mechanisms proposed were both overcomplicated and potentially far too broad. Mentions of safeguarding religious freedom were limited in the consultation document, and on scrutiny amounted to no further protection at all.

Proposals to ban all ​“talking conversion therapies” for people under 18 were among the most problematic aspects of the policy proposal because without far greater clarity of application it could easily prevent churches and Christian ministries providing pastoral or prayer support to teenagers considering their sexual orientation or whether or not they are transgender. During the consultation period we shared the story of Andrew Bunt who came out to church youth leaders as a teenager; the support that they offered to him to help him in his choice to pursue a biblical lifestyle and not engage in same-sex sexual activity would likely be banned in the future.

In 2018 a previous Conservative government’s LGBT action plan committed to end conversion therapy, but in doing so it also committed to ensuring people can continue to receive spiritual support. During the recent consultation, the Evangelical Alliance joined with many others in raising concerns about the workability of the proposals and the likely threat they posed to religious freedom. We met multiple times with government officials during the consultation process, helped members respond and gave evidence in parliament to a committee considering the proposals.

At first hearing of the (first) change of tack from the government, the Evangelical Alliance cautiously welcomed the news because of the considerable problems in the policy approach that had been set out. It has been suggested that despite anticipating a backlash, the government were unprepared for the strength of the response from within their own party, and that was the reason for the government, mere hours later, changing tack again. At this stage there is no further detail as to what this new plan will involve beyond one sentence in a journalist’s tweet, but this suggests there will need to be significant further engagement with new plans and scrutiny to understand what their impact will be.

The complication of addressing gender identity has been raised by the intervention from the Equality and Human Rights Commission, and the interim report from the Cass Review suggests that it might be wise to await the full findings. It therefore seems sensible to decouple the two areas and develop specific approaches that are appropriate to each.

It therefore seems sensible to decouple the two areas and develop specific approaches that are appropriate to each.

We also fully agree that efforts to ban conversion therapy should be carefully scrutinised to ensure they do not have unintended consequences, or consequences that campaigners foresee but intend to use vague policy to pursue. No ban should have the effect of stopping churches or Christian ministries from teaching a biblical view of marriage as between a man and a woman, and sexual activity as reserved for that; it should not stop churches from providing pastoral care or prayer support for people who seek it. And it certainly should not stop churches from engaging in the spiritual formation of young people.

There is significant work for churches to do to ensure that they act with love and compassion in all circumstances. There are complex questions of pastoral care and support that need to be navigated well. Where poor practice and misuse of authority takes place we need to be the first to call it out and ensure it does not persist. Where there are gaps in the law which permit abusive activity to continue we support the government in closing them, but we caution strongly against overly broad approaches which will prevent people receiving the support they choose.

It is not clear what happens next. We had anticipated legislation to be announced this spring, and that may still occur. However, the twists of the past 24 hours suggest that the government ministers responsible – far less the civil servants running the previous consultation – were not part of the decision making process that led to this confusion. So it seems clarity remains some way off. 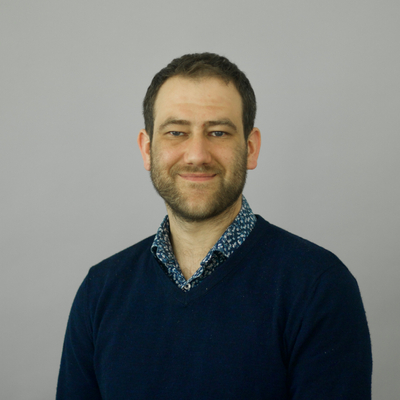