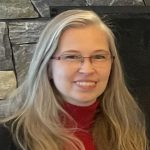 Rebecca grew up in Kosice, Slovakia and studied philosophy and esthetics at Comenius University in Bratislava. After finding faith in Jesus Christ during a year in the United States, she became passionate about sharing the gospel. She decided to switch to theology, transferring to and completing her Master of Divinity degree from Olivet University in 2006 and being ordained as a pastor.

Already during her studies, she did campus mission and church planting in Slovakia, Czechia, Austria and Switzerland where she met her now-husband, Timothy. In 2012, she and her husband accepted the invitation to work for the World Evangelical Alliance and moved to New York where she first worked with the Secretary General and later transitioned into a role with the United Nations team where she led the internship program that introduced younger leaders to a better understand of the intersection of faith and engagement in social and human rights issues.

Meanwhile, she continued her studies enrolling in the Doctor of Ministry program at Zinzendorf School for Doctoral Studies focusing on the issue of infertility and adoption. She successfully completed the program in 2018 creating a pastoral resource with the title “Infertility – A Journey from Curse to Blessings: A Handbook for Church Leaders to Counsel Infertile Couples and Guide Them towards Adoption.”

Her studies led her to participate in the first Global Forum for World Without Orphans in Thailand in 2016, which was the first step towards her official involvement in the area of children on behalf of WEA. She became WWO’s liaison to the WEA and was later invited to serve on their Global Leadership Council. She also began liaising with the Global Children’s Forum and in her growing role was asked to lead a children-focused sub-group in WEA’s Church Engagement Department. In 2020, there was a felt need to more formally establish WEA’s engagement in the area of children, so the WEA officially launched the Children’s Network with Rebecca serving as its Coordinator.

Apart from her involvement with the WEA, Rebecca has led a local teen ministry for many years where she passionately taught teen girls and boys the Bible and led them to a deeper relationship with God. She also served in an interim leadership role at a recently established Christian K-12 private school for a year, helping to build up its middle and high school. She continues to serve as a board member of the growing school that has just successfully completed the accreditation process with the Association of Christian Schools International.

Rebecca and her husband together with their two sons live in upstate New York. 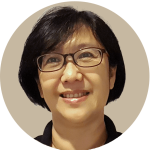 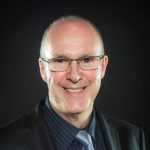 Harry is the point person for everything related to children in Europe. Learn more about him here.

The General Assembly of the Latin Evangelical Alliance (AEL) decided to launch a children’s commission in October 2021 and a group of children ministry leaders from across the continent are in conversation. The leadership will emerge in the near future.

Faith Kaveni Mutua is a born-again Christian from Nairobi, Kenya. She was orphaned at a very tender age and was brought up by a guardian together with her two siblings. She developed a great passion for making an impact on orphans and the vulnerable children.

Faith has been working at The Association of Evangelicals in Africa (AEA) since January 2011 and was recently appointed as the Continental Children’s Coordinator for Evangelical Focus on Children (EFOC), which is a commission under the General Secretary of AEA.

She has also partnered with a few organizations that minister to young teen mothers in slums,  make donations and visit children’s home as well. In year 2022, AEA partnered with World Without Orphans where she took the role of Africa Regional coordinator.

Her passion is to always motivate the vulnerable children that they can walk in their God given purpose in the sense that they each have an inborn talent or gift which they can use for their success and not feel pity for themselves thinking that they are less fortunate.